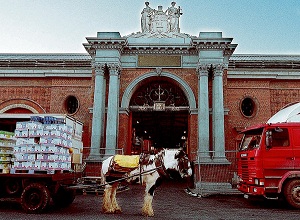 DUBLIN’S VICTORIAN fruit and vegetable market, which was the centrepiece of a €425 million regeneration scheme that collapsed three years ago, is to be redeveloped as an artisan food market by Dublin City Council.

DUBLIN’S VICTORIAN fruit and vegetable market, which was the centrepiece of a €425 million regeneration scheme that collapsed three years ago, is to be redeveloped as an artisan food market by Dublin City Council.

The council plans to refurbish the market, which is occupied by a small number of wholesale fruit, vegetable and flower sellers, and provide some 40,000sq ft for food retailers.

The market would be modelled along the lines of European food markets and the highly successful English Market in Cork city, assistant city manager Michael Stubbs said.

“There definitely is a market for artisan food producers in Dublin and here is a beautiful Victorian market, in a traditional markets area that’s ideally suited to the purpose.”

Unlike previous plans for the market, the 12 wholesalers still using the building will be welcome to remain. But the space will be reorganised to allow at least 50 per cent to be used for retail pitches, Mr Stubbs said.

“We have so much space here and we’ve spoken to Bord Bia and we’re confident we’d have interest from retailers such as butchers, cheesemakers, fruit and vegetable sellers, bakers and other artisan producers. We’re planning for as much diversity as we can get.” 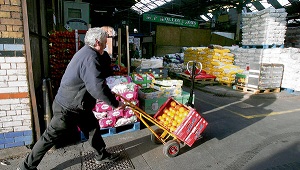 The building is structurally sound. But the council will need to undertake some work to make it suitable for retail use, including repainting the roof and installing refrigeration and other services.

This work is expected to cost no more than €1 million and is scheduled for completion ahead of Innovation Dublin week in November when a pilot retail market will be held. The council will then seek expressions of interest from retailers and hopes to have the project up and running within the first three months of next year.

“We have to accept that private investment in the area is not going to happen in the near future. In the longer term the master plan for the markets quarter is still there and we may as well grow a market for retail in the meantime,” Mr Stubbs said.

The Markets Framework Plan, published by the council in 2005, was an urban regeneration scheme. It envisaged the conversion of the fruit market into a retail and restaurant complex, redevelopment of the neighbouring former fish market with a civic square surrounded by shops, offices and apartments and the construction of a three-storey sports, leisure and community centre at the Daisy Market, a former clothes market.

Preparation work for the scheme started in late 2005 with the demolition of the fish market and the public private partnership process to select a developer to undertake the regeneration was initiated.

In 2007 a consortium led by Paddy Kelly, one of the principal developers involved in the regeneration of nearby Smithfield, was selected by the council as the preferred bidder for the project. Restaurateur Patrick Guilbaud and Exchequer Street restaurant, wine bar and high-end grocers Fallon Byrne were identified as potential anchor tenants.

However, agreements were never signed and Mr Kelly’s property empire subsequently collapsed. Last year the council sought to turn part of the site, the Daisy Market, into a waste depot and recycling facility but was blocked by city councillors. 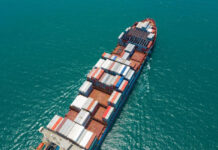