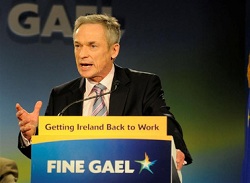 Companies with a turnover of less than €8.8m and a balance sheet of less than €4.4m are to be exempt from the statutory requirement to engage independent external auditors to examine their accounts.

Minister for Jobs, Enterprise and Innovation Richard Bruton TD announced the change today, which represents a 20.5pc increase from the current thresholds of €3.65m and €7.3m, respectively.

It’s estimated that a minimum of 1,000-2,500 SMEs will benefit from the move every year and it will save them up to €5m a year.It only applies when companies employ fewer than 50 people.

The Minister also announced that the Government has approved his proposal to begin a process which will ensure that a reduction of 25pc in the red tape imposed by Government on business can be achieved by the end of next year, resulting in savings of €500m to Irish businesses.

“So far, only my Department and the Central Statistics Office have even measured the cost of their red tape, and my Department is on course to achieve the 25pc reduction by the end of 2011,” he said.

“My department will lead the process, and all other bodies involved in the process will devote the resources to measure the cost of their red tape by May 2012, so as to allow them to achieve the reductions by the end of that year.”