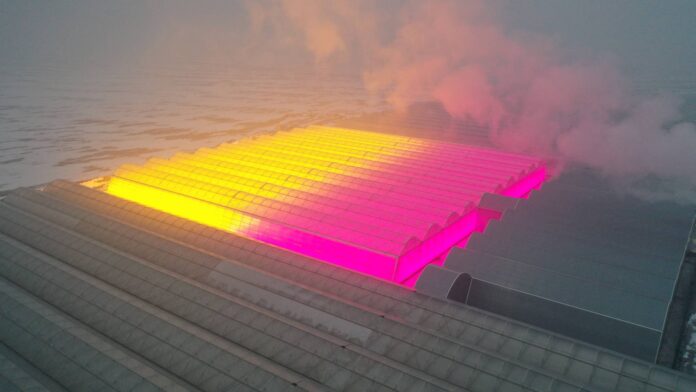 In a feature published in FloraCulture International in June 2022, Horticultural energy consultants Tim Pratt and John Swain try to predict how fuel prices will look in the coming years.

At a time when the economy is still reeling from the global health crisis, the Russian invasion of Ukraine and the EU’s dependence on Russian natural gas, are situations that urge us to diversify energy supplies.

UK horticultural energy consultant, Tim Pratt, comments on how much gas costs have increased and the speed at which it has occurred. “We’ve just not seen anything like it before,” he says. “Volatility was greatest following Russia’s invasion of Ukraine in February. Still, growers in the UK and across Europe had found gas and electricity prices sharply climbing since economies began to reboot after the pandemic.”

Jon Swain, director of the UK National Farmers’ Union’s energy consultancy, NFU Energy, points to the emergence of world economies from Covid lockdowns coinciding in Europe with new carbon reduction targets. As a result, he says the carbon price on the European emissions trading scheme hit record highs for nine months on the trot, with the knock-on effect of adding further to the cost of using fossil fuels and the electricity generated from them.

“With some energy supply facilities mothballed during the pandemic, the economic recovery saw demand rising faster than production could restart,” says Pratt. “By July last year traders had started to worry about potential gas shortages going into winter.”

Consequently, the gas spot price reached more than £4 per therm by December in the UK, but halved again in January this year as traders realised they had passed the brink, though it was still four times the level 12 months earlier.

Then, just as energy markets were regaining stability, Russian troops crossed into Ukraine. Up to that point, Russia had been the source of 40% of the EU’s gas and 26% of its oil imports, so the sanctions imposed on it as a consequence of the invasion were bound to stir volatility in world energy markets as countries began competing for supplies from elsewhere. That saw the gas price triple across Europe.

Long-term trends are still up

“Markets started to calm down as we headed into summer, with short-term prices falling but long-term trends are still up,” says Swain, adding: “Any idea that we are going to be returning to pre-2020 price levels is unrealistic. We are going to have to learn to live with higher prices.”

Both analysts suggest there will be no let-up even if the war in Ukraine ends tomorrow. Many countries want to phase coal out, so it will no longer be an option for those seeking cheaper alternatives to gas, says Pratt. “And as coal goes, gas demand will rise and I can’t see western nations buying Russian gas again for quite some time, whatever happens in Ukraine,” he adds.

Don’t expect much in the way of new gas or oil fields opening up any time soon either, even though some are looking to North Africa and the Middle East to plug the gaps. Libya has enormous reserves, but internal political issues prevent their exploitation while outputs from, for example, existing gas pipelines between Algeria and Spain are dwindling.

Nigeria, Tanzania and Mozambique all have gas reserves. Still, the time and investment it will take to develop them mean supplies are five to 10 years away. In contrast, Europe’s transition to renewables means it may never be economically exploited for export. Even if other sources can be pinned down, liquid gas ships and terminals have never been so busy, and increasing their capacity to accept new supplies would also take years.

Some governments in Europe, including the UK, are investing heavily in hydrogen as at least a partial replacement for gas. Still, again it’s going to be several years before it impacts the market. Solar energy has the potential to be a massive earner for North Africa, but home demand there is likely to take priority. Access to geothermal energy is limited to regions with suitable geology.

How far ahead to buy gas and electricity

A key question for growers now is how far ahead to buy gas and electricity. “The speed and scale of the volatility we’ve seen has tested the notion that if you are completely flexible then you will always come out on top,” says Pratt. “What I’m hearing [in the UK] is that the big retailers know they can’t hide from these price pressures and are agreeing forward prices with growers that reflect forward energy prices.”

Given that their highest energy use is over winter for most growers, a trend now is to fix winter prices and flex them in summer, Swain adds.

Growers who have the capacity to substitute fuels are also somewhat better placed. In the UK, some who had retained older oil-burning boilers returned them to use, as oil price rises lagged behind gas until the Ukraine war started.

For most ornamental crops where there’s no requirement for a CO2 supply from the gas boiler, interest has been renewed in biomass fuels, even though the price differential compared with fossil fuels and the impact of subsidies can be inconsistent. “In terms of broad risk management, even if you have to mothball your biomass for a few years, greater fuel flexibility opens up more choices,” says Pratt.

Some biomass fuels in Europe have run short, such as wood pellets caused by reduced timber harvests in Scandinavia, but although biomass has risen in price, it remains far cheaper than gas, says Swain.

Electricity costs have been particularly painful for those buying it for lit crops, so a sustained high electricity price will improve the attractiveness of switching to LEDs. For example, it has also driven interest in solar panel installations for businesses with the room, including on packhouse roofs.

In the Netherlands, growers try to achieve a high level of sustainability (and thus a minimal footprint on the environment) through integrated pest management and solar electricity production in combination with geothermal heat. However, geothermal heat only offers growers protection from rocketing gas prices if Government support is secured.

“Longer term, as more of Europe’s power supply is sourced from offshore wind or solar, we might start to see some decoupling of electricity prices from gas,” suggests Swain.

Waste energy is another source of heat that Swain believes growers should consider more seriously for both economic and environmental reasons. “Growers can use heat at considerably lower temperatures than we are used to from boilers, which are possible from industrial waste heat,” he says.

“Economically, so far, it hasn’t been necessary to do anything with that waste heat. Sustained high gas prices might mean it becomes economically more worthwhile, and should be encouraged, for example through planning legislation.”

A version of this article, written by Tim Pratt and John Swain, originally appeared in the June 2022 edition of Floraculture International Magazine.