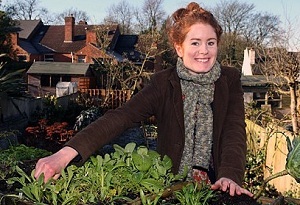 Alan Titchmarsh has come under fire from fellow celebrity gardener Alys Fowler over his use of peat. 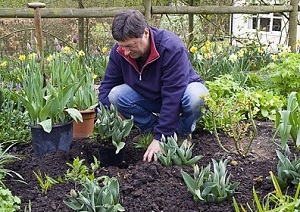 Mr Titchmarsh, 62, has admitted using peat ‘sometimes’ to grow certain plants because there is not yet a ‘perfect substitute’. But fellow Gardeners World presenter, Miss Fowler suggested he is setting a bad example.

She pointed out that 24 million wheelbarrows of peat are used on British garden every year dug up from bogs in eastern Europe and Ireland. This not only destroys habitat but releases carbon into the atmosphere.

“If you have the power Alan Titchmarsh has you should use it wisely,” she said. “If you go around making statements people will be influenced by you. If you say you use peat it impacts on the wider population.

“I think if Alan went peat-free it would have a good effect. He is Mr Big in horticulture.”

Miss Fowler insisted that compost, wood chippings or even coconut fibre can be just as good as peat if used in the right way.

Garden Organic, the green group, are launching the I Don’t Dig Peat’ campaign’ to help gardeners find alternatives to the 60 million bags of peat used every year.

Miss Fowler said peat extraction is harming rare birds like dunlins, insects like dragonflies and endangered plants like butterworts. It is estimated that the industry releases 630,000 tons of carbon emissions every year, the equivalent of 300,000 extra cars.

“Only one per cent, or 700 hectares, of England’s original, raised peat bog – home to thousands of species of wildlife – survives intact,” she said. “It’s time for garden owners across the UK to be put in the picture about peat and realise that the Good Life isn’t just about what’s good for them.

“It’s perfectly possible to have a beautiful garden without using peat products and so much more beneficial to the environment.

“This is about the amateur gardeners who go to a big shed and pick up a bag of multi-purpose compost, which is actually 70 per cent peat.

“Our generation is getting into gardening for environmental reasons. It’s providing them with healthy food and connecting them with nature.

“But you don’t need to dig up an entire bit of the world to put in your back garden. “

The Government is aiming to persuade amateur gardeners to give up peat by 2020.

But the Royal Society for the Protection of Birds (RSPB) want the Government to bring in a new target to phase peat from compost by 2015.