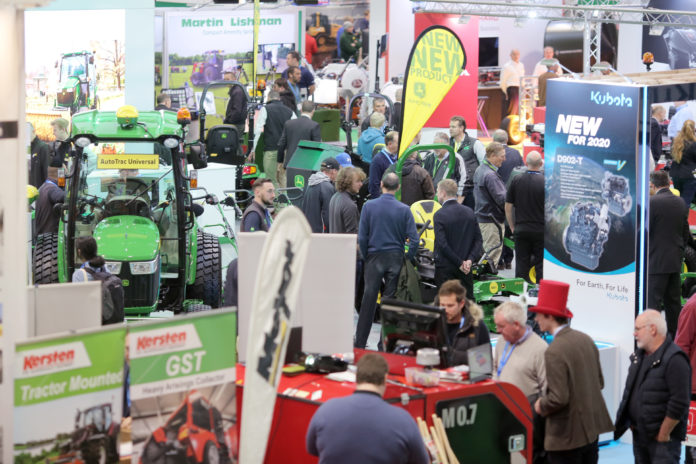 The SALTEX 2018 post-show survey has revealed that an overwhelming amount of exhibitors reported hugely successful business results with many claiming that it was the most valuable event to date.

The core area at SALTEX was the machinery, power and hand tools segment with over half (56 percent) of all exhibitors showcasing equipment in this category. A further 28 percent specialised in sports surfaces and facilities; 27 percent represented landscaping products and services; 24 percent were from the turf, seeds, aggregates and treatments sector; 15 percent represented arboriculture and horticulture; 13 percent showcased commercial vehicles; 9 percent specialised in synthetic surfaces and 7 percent were manufacturers of play equipment.

The post-show exhibitor survey revealed that more than 82 percent of these exhibitors feel that exhibiting at SALTEX is integral to their overall business strategy.

“We come to SALTEX because it plays an important part within our marketing platform,” said Roger Moore, Dennis & SISIS sales and marketing manager. “We find the show ideal for the launching of new products and to meet existing as well as new customers. It is a fantastic flag-waving exercise. The 2018 show was incredibly busy, so SALTEX is very important to us.”

Survey results confirmed that every exhibitor was in agreement after an incredible 100 percent of exhibitors thought that by attending the show they were able to maintain and promote their company profile. Ninety-six percent said that they generated new leads, 87 percent used SALTEX as a platform to launch new products and 82 percent took orders as a direct result of the event.

“It was another successful show for us,” said Karen Proctor, director of global marketing at Ransomes. “It’s always a fantastic opportunity to network, meet current and potential customers, and to showcase our latest machinery to the industry. We had a lot of good leads at the show including many demonstration requests.”

Echoing Karen was Louise Amos, business communications and marketing support manager at Aquatrols, who said: “We had a busy stand and plenty of engagement with groundsmen and women that weren’t previously aware of our products. We felt the audience was right for the direction we’re going in and the general feeling from the team is that it was our most valuable SALTEX yet.”

Further results from the post-show survey revealed that 84 percent of exhibitors rated the quality of visitors as excellent and it certainly didn’t go un-noticed that visitors from 44 different countries were in attendance.

“SALTEX is a great time of year for visitors and the NEC has great travel links, which is great for overseas visitors,” said Derek Smith amenity sales and marketing manager for Johnsons Sports Seeds: “We’ve had visitors to our stand from Hungary, the Czech Republic, Spain, Denmark and Norway, so we’ve had a very good show and we are really pleased.”

“We chose to attend SALTEX because we feel that it is a good platform to get close to the dealers and large end users, especially if we are promoting new products. There isn’t another show in the UK which has the same type of audience.

“The show seems to grow year on year – from 9 am all the way through until close we were really busy on the stand.”