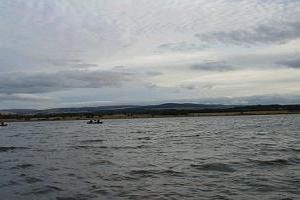 Irish landowner and peat suppliers Bord na Mona is in negotiations to create a new water reservoir to provide drinking water for Dublin and the surrounding areas.

Irish landowner and peat suppliers Bord na Mona is in negotiations to create a new water reservoir to provide drinking water for Dublin and the surrounding areas.

The Euro 540M Water Supply project, aims to take water at peak flow from the River Shannon to fill the reservoir, which would have the capacity to supply water to Westmeath, Offaly, Laois, Kildare and Meath.

If successful, the reservoir will mark Ireland’s first new major source of water in decades and could have the potential to supply 50% of Ireland’s water.

Director of strategic infrastructure for the Water Supply Project, Colm O’Gogain, said Ireland’s growing population and economy is behind the significant need for a new water supply.

Under the plan, water would be stored in Garryhinch cutaway bog near Portarlington, Co. Laois in a reservoir which will cover more than 700 acres.

The water would then be transported from the reservoir by pipe to the capital and the surrounding regions.

Bord na Mona, which owns the bog and has expertise in wind power, said if planning approval for the project is granted it plans to connect the reservoir, where the water will be treated, to a new wind farm to power the site.

Mr O’Gogain said: “The proposal is to incorporate a wind farm with the new site to use green power for the site, which would create a significant reduction in C02.

“This would give us sustainability of supply and we have identified a number of options to increase the storage of water for use in drier periods.”

It is anticipated the project could create up to 1,000 jobs during the construction phase and employ more than 100 new staff to maintain and operate the park.

According to Mr O’Gogain the area will also have social tourism benefits by providing a natural amenity for water sports and leisure activities.