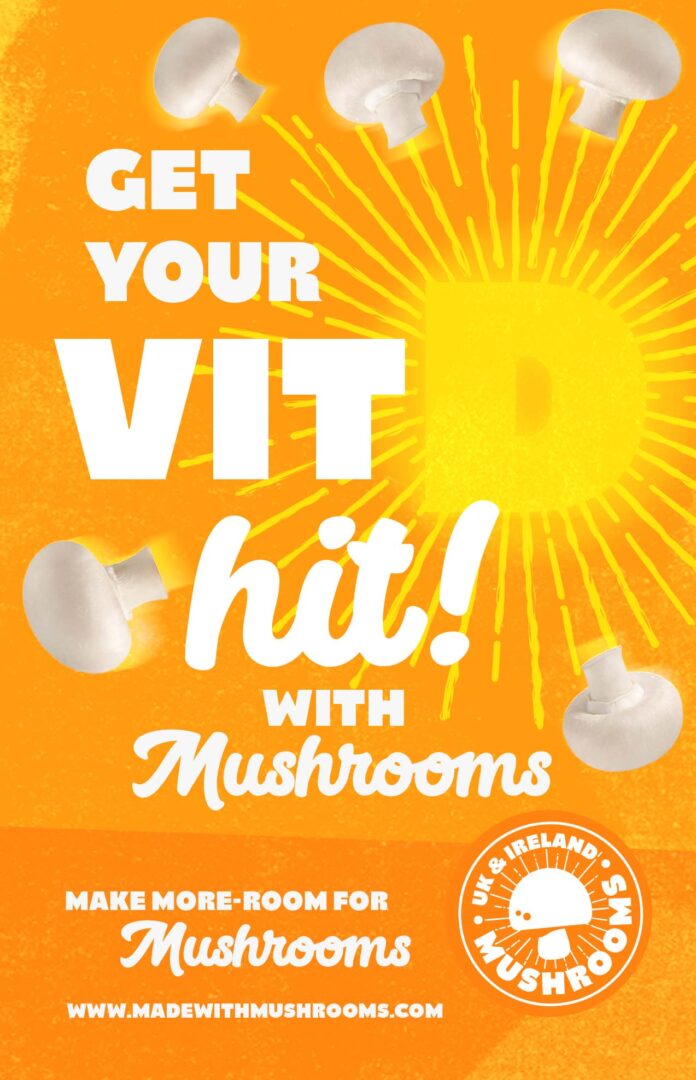 This autumn, mushroom producers in Ireland – with the support of DAFM through the BAR (Brexit Adjustment Reserve) fund, Bord Bia and mushroom companies – launched a high-impact 360 marketing campaign to shine a spotlight on the vitamin D properties and health credentials of mushrooms.

In a bid to increase the frequency of sales from weekly to daily food shops, the campaign’s timely core message is to focus on encouraging grocery shoppers to boost their vitamin D levels by eating more mushrooms. With shorter daylight hours, levels of vitamin D – a vital vitamin needed to facilitate a normal immune system – significantly decrease.

Anchored around the message ‘Get Your Vit Hit with Mushrooms’, the fully integrated campaign is being rolled out across a variety of large-scale media, beginning with an informative and vibrant TV advert with 30-second spots around ITV food programming, running live on screens until December 18.

Striking out-of-home 6 sheets are currently live outside over 400 Sainsbury’s, Asda and Tesco supermarkets and to complement the posters, 10 animated LED versions are being positioned across the UK, all with high footfall locations and within 500 metres of a supermarket. Two visually driven adverts have also appeared in Sainsbury’s magazine, which is distributed nationwide.

The campaign is also amplifying the messaging online through a foodie influencer partnership (in the form of pop-up restaurant activation with a trending chef), as well as a strong social creative on owned channels, with shopper-targeted paid media and recipe search retargeting, to drive further online reach and engagement. ✽