Over half Irish primary schools have participated in the Food Dudes programme.

The Minister for Agriculture, Food and the Marine, Simon Coveney TD, said today that he was delighted to hear that the Economic Research Service of the United States Department of Agriculture is funding a trial of the “Food Dude” programme, which was pioneered on a national scale in Ireland by the Department of Agriculture, Fisheries and Food and which is managed by Bord Bia with funding from the Department. The Food Dude concept and programme were developed by Professor Fergus Lowe of Bangor University, Wales.

“The United States Department of Agriculture support for a trialling of Food Dudes by Utah State University offers potential for Food Dudes to reach even more schoolchildren” said the Minister. The US project entitled “Incentivizing Fruit and Vegetable Consumption in Elementary Schools” is being run over two years, commencing with an evaluation in the 2010-2011 year of the feasibility of implementing the programme in an elementary school, followed in year two by an evaluation of the role of tangible incentives and a comparison with two control schools.

Minister Coveney said that the roll-out of the programme in Ireland followed the success of pilot programmes in increasing consumption of fruit and vegetables by schoolchildren. Over 50% of primary schools have participated so far and both parents and teachers have been very positive about the programme. The European Commission is contributing €500,000 of the annual cost of €2,400,000 under the EU school fruit scheme, which in his view provided further endorsement of this approach to promoting healthy eating.

The US project entitled “Incentivizing Fruit and Vegetable Consumption in Elementary Schools” is being run over two years, commencing with an evaluation in the 2010-2011 academic year of the feasibility of implementing the Food Dudes Program in an elementary school, followed in year two by an evaluation of the efficacy of the full Program against a version of the Program without tangible incentives. Fruit and vegetable (F/V) consumption in two control schools will also be measured for comparison purposes. 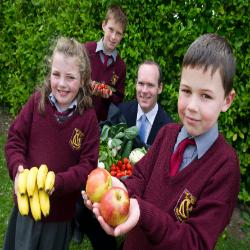 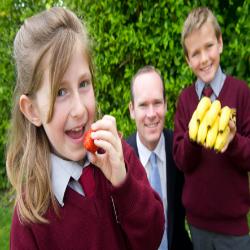