UK ornamental growers will be able to employ foreign workers through the Seasonal Worker visa route for up to six months a year until the end of 2024. The scheme will also now include workers in ornamental horticulture.

The UK government has finally given the horticulture sector a modicum of certainty about the future availability of a foreign workforce. The visa scheme to allow seasonal workers to come to the UK will continue, but the government has demanded a plan from the sector to cut the reliance on foreign labour.

There will be 30,000 visas available next year, but this will be kept under review with the potential to increase by 10,000 if necessary. The number of visas will begin to taper down from 2023 and the sector will have to improve pay and conditions.

While acknowledging the sector’s reliance on foreign workers, the government has said that the UK is committed to becoming a high-skilled, high-wage economy and the government has been clear that more must be done to attract UK workers through offering training, career options, wage increases and to invest in increased automation technology.

The reassurances have been welcomed by many in the horticulture sector. Responding to the provisions for 2022, National Farming Union Vice President Tom Bradshaw said: “This is positive news for the thousands of fruit, veg and flower growers that rely on essential seasonal workers to help pick, pack and grade our iconic fresh produce. These growers will be extremely relieved to have clarity over the future of the scheme for the next three years.”

However, with only 30,000 visas available, The NFU has estimated that the demand on the seasonal worker scheme could be as high as 55,000 in 2022 due to falling numbers of EU nationals and challenges recruiting domestic workers. 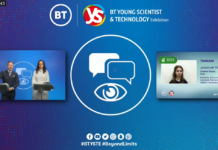 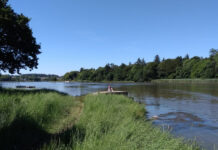 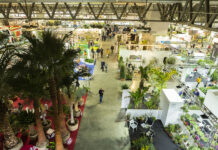