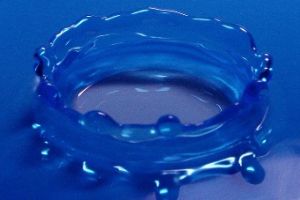 The Government is starting a six-week public consultation to look at its proposed reforms of the water sector via areas such as the water metering programme and the setting up of a State-led utility called Irish Water, which it believes could create 2,000 long-term construction jobs each year for the next three years.

The Minister for the Environment, Community and Local Government, Phil Hogan, TD, and Fergus O’Dowd, TD, the Minister of State with responsibility for the NewERA economic stimulus plan, have announced the details of the public consultation.

According to Hogan, the aim is to install 90pc of houses with smart meters by 2014, with the introduction of a universal water charge also on the cards by 2014.

Starting from today, members of the public can voice their views about the proposed water reforms in order to “improve” the implementation process, the Government has announced.

Some of the proposed reforms include:

Under the proposals, the Government is aiming to create Irish Water as a State-led company that will take over the water investment and maintenance programmes of the 34 county and city councils.

Hogan indicated that the key aim of Irish Water would be to supervise and accelerate the “significant” investments needed to upgrade the State’s water and sewerage networks.

By setting up Irish Water, the Government also said such a public utility would create and sustain 2,000 construction jobs each year for the next three years. It also believed the initiative would attract foreign investment and job creation by funding the major investments water and sewage services needed to support new jobs, industries and businesses.

It has also alluded to how it believes the full potential for industry-standard IT systems for the management of water services is not being exploited.

Hogan also asserted that unaccounted-for water is a significant problem, and well above international standards.

Figures released from the Government show that water services cost more than €1.2bn to run in 2010, of which operational costs amounted to some €715m, and capital costs of over €500m.

“We are the only country in the OECD where households do not pay directly for the water they use. Our current model of water provision, where unlimited quantities of an expensive product are provided at no charge, is simply not sustainable,” said Hogan.

He added that households that source their water from private supplies will not pay charges,” said Hogan.

The Government is seeking views between now and close of business on 24 February 2012.