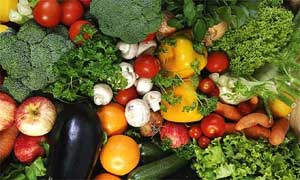 In 2011 sales of organic produce fell for a third successive year. The decline was by 3.7%, taking the sector’s value down to 1.67 billion pounds. The news was reported by Britain’s largest organic certifier last week.

In 2011 sales of organic produce fell for a third successive year. The decline was by 3.7%, taking the sector’s value down to 1.67 billion pounds. The news was reported by Britain’s largest organic certifier last week.

The decline seems to be firmly entrenched in the economic downturn. Until 2008 the sector was strong, peaking at 2.1 billion pounds. “In Britain I think this is a reasonable performance for organic. We’ve had very high inflation, high unemployment and consumer spending is down,” interim trade director Finn Cottle said at the Soil Association’s annual meeting.

The latest decline was driven by a fall in sales across the retail sector and a crop in shelf space allocated to the organic sector. “Reduction of choice, lack of communication about the reasons to buy organic products and a lack of investment in own-label organic ranges are the key factors of this decline,” the Soil Association said, issuing its annual organic market report.

Alex Beckett, food analyst at market research Mintel, told Reuters that demand for organic produce in the UK was unlikely to increase noticeably in the short-term. “Organic is not a top priority for the majority of consumers at the moment, who are more likely to reach for products bearing Fairtrade or locally-sourced.

“The irony is of course that organic food must comply by the strictest animal welfare standards – people don’t seem to realise this,” Beckett said. The decline in the UK consumption of organic foods contrasted with the worldwide scene, where the organic sector grew in 2010 and 2011, by up to 8.8%.

Global organic sales were valued at 44.5 billion Euro ($59.3 billion) in 2010. “Strong growth has continued in all the major European markets, and the US, and the outlook for this year is positive. The organic market in China has quadrupled in the past five years, while Organics Brazil reports an annual growth rate of 40 percent in the Brazilian market,” the Soil Association said.