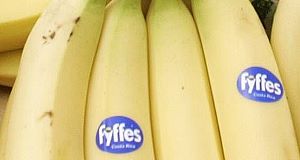 Vhi Chief Executive Jimmy Tolan is to step down as a non-executive director of Fyffes, the fruit company said recently. Mr Tolan, who was the company’s chief executive from late 2006 until April 2008, will resign his board seat with effect from January 1, a Fyffes statement said.

“Jimmy has made a very significant contribution to the development of Fyffes for more than 20 years,” Chairman David McCann said.

“He developed a deep understanding of the fresh produce industry and we thank him for his much valued advice over the years. We wish him well for the future and are pleased that he will continue his association with Fyffes in a consultancy capacity in the future.”

Source: Irish Examiner – Tolan to Step Down From Fyffes Board