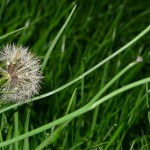 Monsanto’s Roundup was supposed to make it easy for farmers to get rid of weeds, but it’s working on fewer and fewer plants, including some monsters that can grow three inches a day and destroy farm equipment.

For decades, farmers had it relatively easy when it came to weeds infesting their soil: apply herbicides, wait for the weeds to die and grow more crops. Those salad days, alas, are coming to an end.

A new series of studies released by Weed Science this month finds at least 21 weed species have become resistant to the popular herbicide glyphosate (sold as Monsanto’s Roundup), and a growing number survive multiple herbicides, so-called “super-weeds.” The same selection pressure creating bacteria resistant to multiple antibiotics is leading to the rapid evolution of plants that survive modern herbicides. If the trend continues, yields could drop and food costs climb as weeds grow more difficult to uproot.

“The herbicide resistance issue is becoming serious,” said journal editor, William K. Vencill, in a recent statement. “It is spreading out beyond where weed scientists have seen it before.” More than 11 million acres, up from just 2.4 million in 2007, are now infested with Roundup-resistant varieties. The herbicide, a relatively low-impact chemical since it biodegrades quickly, has ranked among the most popular for farmers since Monsanto introduced its genetically engineered Roundup Ready crops that are unaffected by the chemical, accounting for about 90 percent of the soybeans and 70 percent of the corn and cotton grown in the United States.