It is with great sadness that we report the recent death of a popular and hardworking horticultural colleague. I asked Jim’s colleagues in Teagasc for a few words.

“The death has recently taken place of Jim Kelleher, Teagasc Nursery Stock Specialist advisor. Jim was based at Kildalton for a long number of years both as an advisor and lecturer in horticulture. He started his career in County Wicklow where he served in the early 80’s. During his time at Kildalton Jim was seconded to Avonmore/Glanbia where he headed up the emerging forestry division before returning to Kildalton. Jim made a very significant contribution to horticultural development.  In January 2010, despite the onset of his illness, Jim was a key driver of plans for the Nursery sector as outlined in the “Plan for the Development of Horticulture in Teagasc 2010-2013”. Socially Jim was great company – a renowned raconteur and able musician! Jim will be sadly missed by his clients, colleagues and friends in Teagasc and particularly at Kildalton.

All at Teagasc send our sympathies to Jim’s wife Kathleen and family. 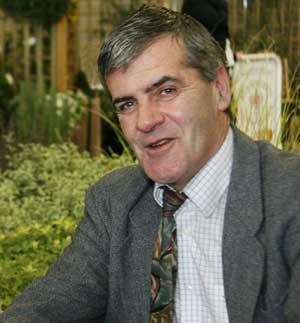