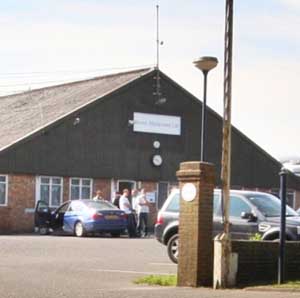 The Republic of Ireland-based company Monaghan Mushrooms transferred the assets and contracts of Sussex Mushrooms to a new company Thakeham Mushrooms Ltd in August.

In a statement released by the company, chief executive Ronnie Wilson said they were ‘pleased with the decision’, adding that it ‘represents the start of a bright future for mushroom growing in Sussex’.

“The farm is currently loss making and some investment and restructuring will be required,” he said.

“We are embarking on an ambitious building and refurbishment programme that will re-instate Thakeham as the premier mushroom farm in the UK, subject to planning permission from Horsham District Council.”

The mushroom site has been at the centre of controversy over plans to build 146 houses on the land.

Mr Wilson said: “Recognising local sensitivities we will be conscious of the visual impact of the site and its setting as it is redeveloped.

“We will retain the old chimney stack thereby recognising the site’s history and the contribution of the Linfield family to agriculture, horticulture in Sussex. The landscaping will take into account bio-diversity and will incorporate only plants and shrubs that are native to the area.”

Mr Wilson said that in 2013 they will be transferring the production of mushroom compost from Thakeham to their production site in Hampshire. He added that ‘employment levels will be maintained and will increase as the development plans are implemented’.