Local-for-local is a trend that has been receiving a lot of media attention lately. Manager Willem Zonnevijlle of Mooy Logistics, specialist in conditioned group transport between Holland, Belgium, Germany and France refused to ignore it and sees it as a possible threat. “On the other hand I have been speaking to people lately, who say it’s not so easy to start foreign production on location to grow for the local population.” 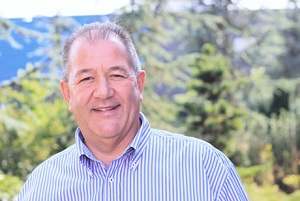 “Often, the conclusion that for a product grown close-by less energy is needed. There will come a time when retailers demand that the CO2 emission is reported on the product, I’m convinced of it”, says Willem. “You can divide local-for-local into two forms, cultivation by the local population or large groups of products that are being produced elsewhere for the local population.”

“In France, a market where we’ve had a large position for years, you can see that there’s not nearly as much being exported as there used to be, because more is being produced by the local market. The export of specific products such as lettuce or apricots and peaches in the summer period, but as a whole the export market is no longer what it used to be.”

Source: Fresh Plaza – Local For Local Could be a Threat to the Transport Sector