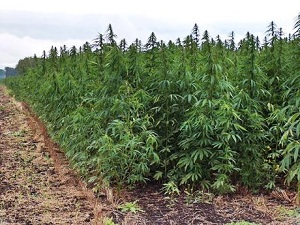 The phenomenon continues to grow in south-west Bulgaria, where farmers have decided to put aside traditional plantations, such as tomatoes, to engage in something more profitable, but also punished by the laws of Bulgaria.

What is striking is that most of the time prisoners are elderly, squalid retired people whose pensions are increased by the income that the sale of cannabis provides.

According to Terra.com.pe, the main problem is that Bulgaria, one of the poorest countries in the European Union, delivers very low pensions; so the temptation to enter the drug world is very strong.

In the Bulgarian black market you can sell a gram of marijuana for 15 euros. With a good harvest, a farmer can get a kilo, which means that the farmer eventually can ask for 15 euros, a figure that tomatoes sales would not be able to achieve, not even in his dreams.