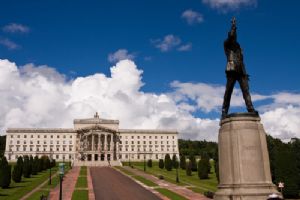 According to the Northern Ireland Municipal Waste Management Statistics for April – June 2011, the 41.5% figure for recycling and composting equates to an increase of almost two percentage points compared to the first quarter household recycling/composting rate achieved last year.

Municipal waste arisings have also been reduced by 4% compared to previous figures, with 257,000 tonnes generated during the first quarter of this year. In welcoming the news, Attwood said: “It is heartening to see that recycling and composting rates are rising.

“This good news should be an impetus for more challenging targets. I plan to set them. I want this part of these islands to lead the way on emission and recycling targets. I hope to make announcements soon.”

Figures show that household waste recycling/composting rates vary across the three waste management groups in Northern Ireland. SWaMP2008 achieved the highest rate, approaching 43%, followed by arc21at around 42% while the NWRWMG rate was just above 39%.