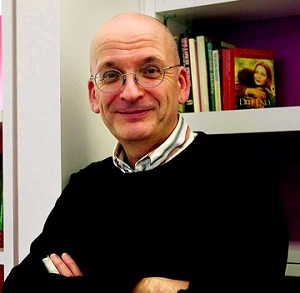 Author Roddy Doyle and former director of Amnesty Ireland, Sean Love, have received one of three Social Entrepreneurs Ireland Award worth €200,000 each.

The two men received the honour for Fighting Words, a creative writing centre which runs free creative writing and storytelling workshops for students of all ages to enhance their writing skills.

The centre, which has been running for just over two years, has already hosted more than 26,000 students of all ages in workshops in fiction writing, film-making, song writing and graphic novels.

Michael Kelly of GIY Ireland also received an award for his mission to empower people to grow their own food. There are now approximately 12,000 ‘GIYers’ around the country.

Meanwhile, Niamh Gallagher and Michelle O’Donnell Keating received an award for setting up Women for Election, a non-partisan organisation which wishes to see a balanced participation of women and men in political life in Ireland.

“Social entrepreneurs struggle to find the financing and support required to grow their ideas and reach out to communities across Ireland. If government and philanthropy were to come together to create a new venture fund then we could take the best ideas, rapidly scale them and as a result change Ireland. We have seen this type of approach work in the commercial sector, so why not for initiatives that are for public benefit?”

Since launching in 2005 Social Entrepreneurs Ireland has supported 150 social entrepreneurs, directly investing over €4 million into supporting these exceptional individuals.