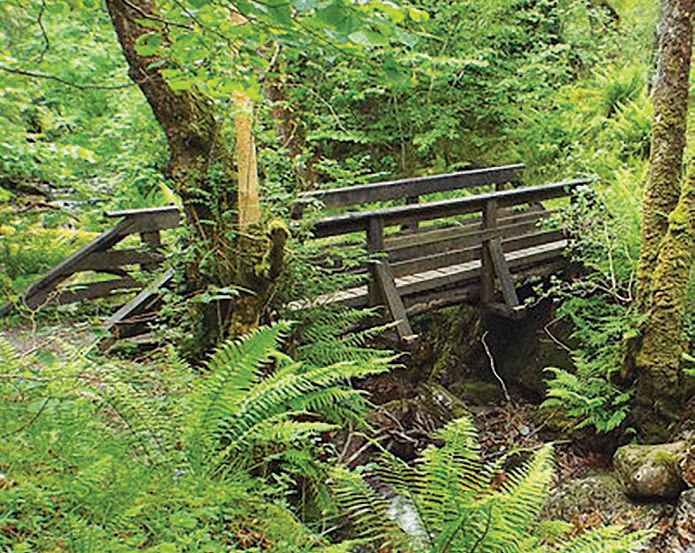 Globally we are in a perfect storm; and I’m not referring to the Covid pandemic. On many different levels, Earth’s health indices are at critical levels. Climate breakdown is
extensively publicised, but is compounded with multiple other issues. Biodiversity losses are so great that it is claimed that we have entered the sixth mass extinction event on our planet. Our current trajectory feels akin to sawing off the branch we are sitting on.

Soil erosion from farming causes both a reduction in farmable soils, and a deterioration of water quality due to silt and nutrient inputs. Our species seems to excel at creating deserts; from the Sahara to the American Dust Bowl. Some estimates suggest that there are 30-60 harvests left in our soils, such is the rate at which we wash our soils into rivers and seas. Combined pressures on our waters are such that, in Ireland, the number of pristine rivers and streams has plummeted since the 1980s, from 13% to 1% of total watercourses assessed. Flooding and drought events have become more frequent, causing damage to urban and rural areas and impacting on wildlife and farmland.

Given the scale and the urgency of these crises what can be done? Ecologist E.O. Wilson proposes a Half Earth policy; devote half of the earth to wild nature and half to supporting ourselves, including crops and livestock. For this, rewilding is needed on a grand scale, with core protected spaces, corridors between those spaces to prevent genetic isolation, and re-introduction of keystone species so that natural processes can unfold appropriately.

To minimise the impacts and severity of climate breakdown we need to step up to The Paris Agreement commitments. Alongside ceasing emissions of stored carbon from oil, coal, gas and peat, we also need to urgently step up a carbon sequestration programme. Fortunately we are surrounded by solutions. Tree planting on a massive scale is one such solution;
with native trees, which give resilience and biodiversity benefits. Re-wetting of peatlands is a growing carbon capture measure in Ireland. Carbon farming via permanent pasture, agroforestry, silvopasture and farm scale composting all help store carbon in the soil.

It is not sufficient to simply do less harm to our waters. We need to actively regenerate and repair the damage done over the past half century and more. When we consider that only 1% of our rivers are in pristine condition, it is clear that there is much to remedy. Fortunately, as with biodiversity and climate, solutions abound. Particularly nature-based solutions which are often self-maintaining and work for free. These may include wooded
buffer zones between farmland and watercourses, to filter soil and nutrients from field runoff.

Farm ponds can be used to hold clean yard runoff, settle residues, and use nutrients to feed edge plants before flowing to receiving watercourses. In-channel silt traps can be used in farm drains, dammed at intervals and planted to filter the inflow. Away from watercourses, measures such as contour hedgerow planting help to soak heavy rain into the soil and prevent runoff.

Buffer zones, ponds, wetlands, woodlands and hedgerows offer another benefit for hydrological balancing within any catchment. They store water in the
landscape, reducing the impact of heavy rainfall on downstream urban areas and providing reliable water supplies during prolonged periods of dry weather. Within our soils there is an enormous potential for water storage (and carbon capture) if organic matter content is increased, in the form of compost, no-till methods or cover-cropping, to name just three methods. Soil organic matter can hold 20 times its own weight in water, providing great benefit for on-farm drought resilience as well as regulating water flows off land. 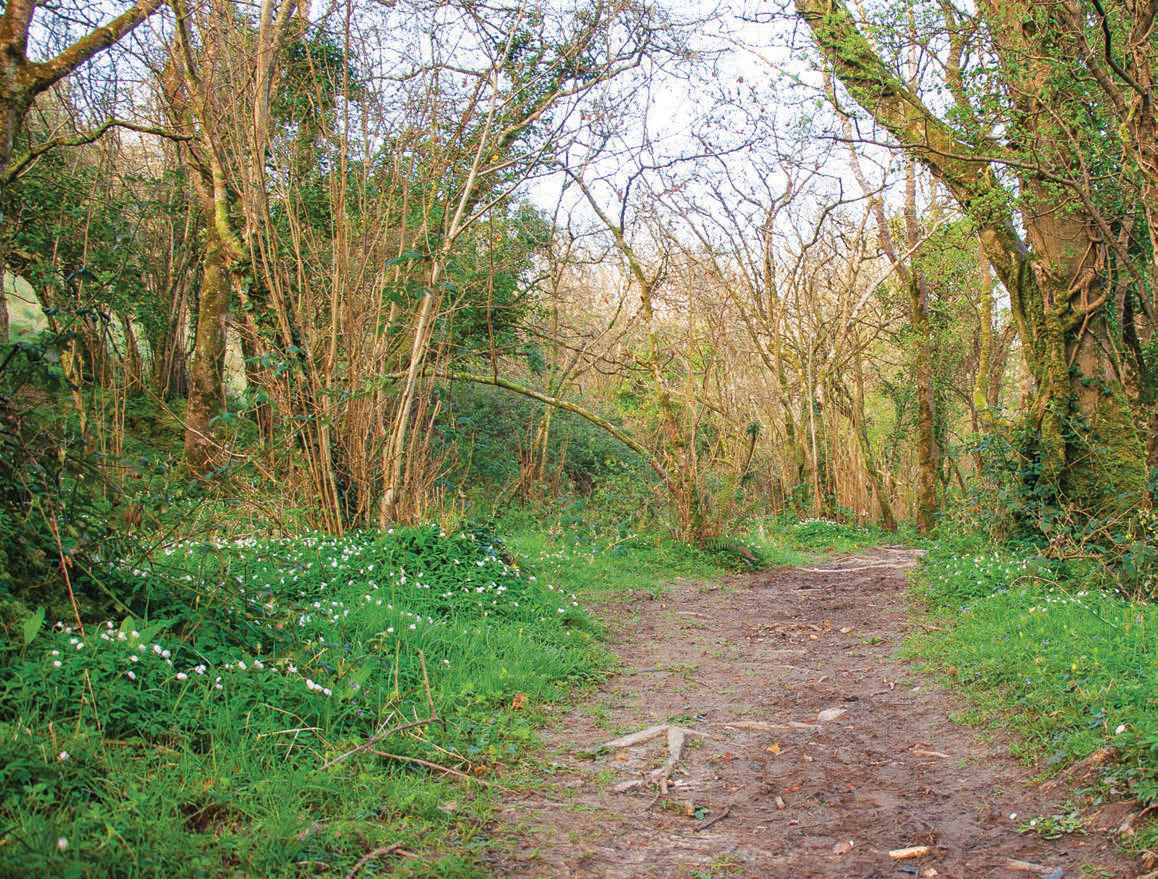 A Marriage Made in Nature

Measures for biodiversity, climate, soil and water are all interdependent and lend
themselves to holistic solutions. One such synergistic approach is the marriage of wide riparian buffer zones with wildlife corridors. A buffer zone of just 5-10m on either side of streams, with lower or larger widths beside farm drains or rivers respectively, can offer multiple benefits. They can provide wildlife passage between core habitat areas and are habitats for pollinators and songbirds. Soil capture and water protection are two sides of the same coin, protecting both the viability of cropland and the health of streams. Where
there is life there is potential for carbon capture. By planting buffer zones with native trees, grasses or wetland vegetation, carbon is stored in both plants and roots and in the myriad of ecological interactions that occur in nature. Creation of “wild walkways” through these areas, sensitive to the needs of both landowners and nature, can potentially also offer amenity benefits if planned and implemented carefully.

Creating wildlife corridors isn’t simply about leaving space between farmland and waterways. It requires careful removal of obstacles to permit movement along the corridor between land holdings or at interfaces with roads and bridges. Within stream and river
channels there are often obstacles to fish passage. Old dams, weirs and sluices may still be in place but long redundant. These can block the passage of migratory fish such as lamprey, eel and salmon. Careful removal can greatly enhance the habitat value of many of our waterways. Paradoxically, waterways can also be improved with in-stream measures such as leaky log dams or brash dams (offered for free by animals such as beavers. These
offer water storage within the landscape, with slow release into the wider catchment, providing both filtration and hydrological buffering, helping to reduce flooding and increase drought resilience.

Adoption of generous riparian buffer zones as filters and corridors, on all our rivers, streams and farm drains, could deliver multiple benefits; for Irish wildlife, water quality protection, carbon sequestration and flood control. Yet how do we move forward in a way that meets the needs of landowners and maximises the mutual benefits? Firstly, putting a financial value on the benefits of adopting riparian planning could enable a reward structure for farmers for the many hidden services provided by the landscape under their care. Currently, our agricultural payments system rewards open farmland at the expense of other measures. Thus ponds, wide hedgerows, wooded stream edges and damp boggy
field corners are more profitably turned into ploughed land, often at direct cost to water quality, flood prevention, carbon storage and wildlife. Happily, many of the best areas for riparian wildlife and water filtration are those with the heaviest soils; the most difficult to farm productively.

By valuing such land for the multiple other benefits it can offer, we could
create an extensive interconnected network of land throughout the country with modest losses in overall food production. By inviting voluntary sign-up to a preferential payments scheme, we can help to encourage landowners who are enthusiastic, without posing a threat to those who wish to retain existing field boundaries at riparian edges. As our
appreciation for pollination by wildlife, landscape-based flood control and carbon capture grow, a financial mechanism to support the enhancement of water quality and wildlife habitat makes increasing economic common sense.

The Burren Programme in Clare has shown that careful grazing patterns can be actively beneficial for wildflowers and wildlife on productive farmland. Planned summer grazing can combine the benefits of buffer zones with meat production, while ensuring stocking times
and densities are designed for maximum wildlife benefit. Large herbivorous animals have always been a part of the Irish landscape, but in the absence of large predators other than people, farming methods need to do the work of the wolf or bear by keeping livestock on the move, encouraging swift grazing habits and protecting pinch points such as river
edges where erosion can occur.

What is proposed here is a departure from the conventional approach of maximising cropland productivity and as such, education and training will be vital strands, requiring inputs from diverse fields including ecology, environmental sciences, permaculture, agroforestry, carbon capture methodology and nature based solutions. A holistic design approach is vital to ensure that the multiple benefits, including the requirements of the landowners, are delivered from design to implementation.

Alongside the benefits for nature, carbon capture and water quality, we can also deliver recreational and tourism benefits. Long distance, off-road routes are already very popular and there is an opportunity for greatly increasing the network of these “wild walkways” and developing other supporting activities such as “wild food” markets and food foraging. Mushrooms, wild herbs and wild fruit can all be grown and encouraged within such spaces, and offer landowners alternative revenue sources. Sensitive management of native trees within buffer zone areas; for firewood, coppice poles for fencing products, or other traditional woodland products also offer possible products.

So how about it? Within a short time, a new network of wildlife corridors along farm drains, streams and rivers could exist. This network could protect water, prevent flooding, conserve soils, capture carbon, provide a new network of off-road footpaths and diversify farm incomes. The expertise to deliver this change is already available. It will take a shift in policy to prioritise the multiple benefits described; however now, more than ever before, there is a hunger for change, an appreciation for nature, and a desire to build back better.
Stimulus funding at European and national levels offers an opportunity to achieve something truly constructive and exciting; for landowners, for water, for climate, for nature, for all of us. ✽ 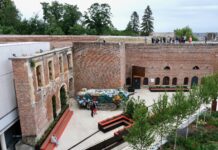 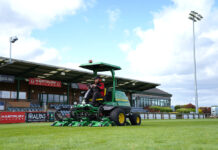 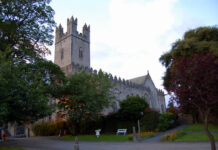 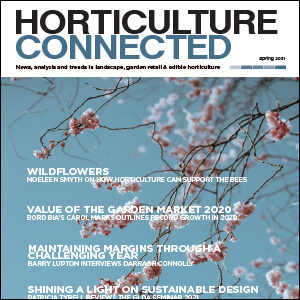