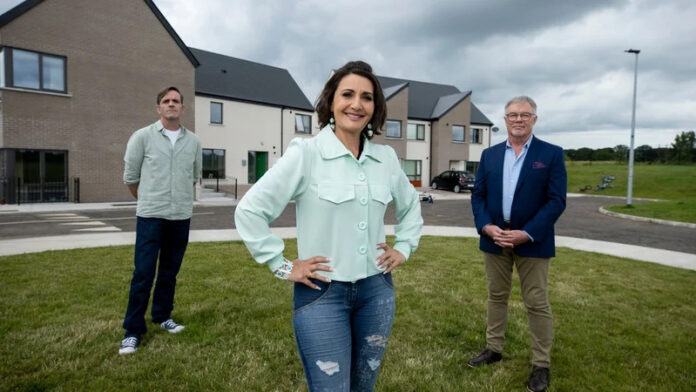 Super Garden is launching the annual call out for 5 budding garden designers who are ready to showcase their talents on Ireland’s longest running garden design television series.

The winner of the series will have an opportunity to showcase their entry at Ireland’s premier garden festival, Bloom by Bord Bia in 2023.

Successful candidates will display a passion for garden design and demonstrate a flair for creating desirable outdoor spaces. Applications are welcomed from anyone aged over 18, who has not previously designed a garden for Bloom.

To find out more information please email Andy at supergardenshow@gmail.com, or to apply for this year’s series please click on the link below, and fill out the online application form.

Whether you’re a start-up landscaper, amateur gardener, horticulture student or recent graduate, Super Garden is your opportunity to showcase your green-fingered talent on prime-time television.

The five designers chosen for the series will also be in with a chance to feature amongst the top designers in Ireland at Bloom 2023, where the winning garden will be recreated.

If you’re passionate about garden design and think you can create a Super Garden worthy of a spot at Bloom, apply today and fill in the application form at the above link.

Previous winners of Super Garden have gone on to win medals at Bloom, and build highly successful careers.

In 2016 Super Garden winner Alexandra Hollingsworth was awarded a Silver medal at Bloom for her ‘Glasnevin to Granada’ garden.  Alex has also had a show garden featured on BBC Gardeners’ World, which won Silver at Gardeners’ World Live in 2019.

2015 Super Garden winner, Brian Burke, is a multi-Bloom winner and medallist, having been awarded Silver Gilt for his Super Garden design in 2015, and Silver for his 2016 Damascus Courtyard – War and Peace garden for Goal, also earning a Silver Medal in 2017 and 2018 and Bronze in 2019. Brian is now an established and leading Garden Designer.

2012 Super Garden winner Leonie Cornelius is one of Ireland’s best-known garden writers and designers. She has gone on to win multiple Gold and Silver-Gilt medals since her Gold Medal and ‘Best in Show’ award for her Super Garden design at Bloom 2012.