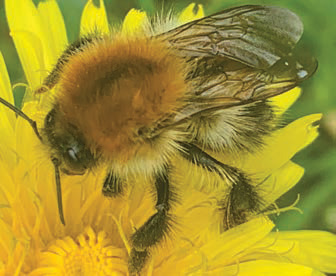 The news these days can be pretty depressing. Our favourite Grandad, David Attenborough, is still working away at 95, warning us on as many platforms as possible in the time he has left about the dire situation we are in. His Netflix documentary, “A life on our planet” must be watched, but have a box of Kleenex handy, as you will emerge unnerved and ready to do something positive and radical. One positive and radical action that I suggest is pretty easy is selecting pollinator friendly plants and planting for every situation.

During my lifetime there has been an estimated 70% decline in the populations of mammals, birds, fish, reptiles, and amphibians. One million of the animal and plant species, almost a quarter of the global total, are threatened with extinction. These losses are putting our economies, livelihoods and well-being at risk. In most instances we don’t notice what we are missing, as a particular species has not existed in our lifetime, we visit the museum and see them lined up in a stuffed array, all “dead as dodos”, the infamous extinct island bird. The passenger pigeon in North America once darkened the skies in vast numbers and took days to pass as they migrated, but today this once very notable and dominant species is shockingly extinct. Imagine the loss of such a widespread species yet most extinctions go unnoticed.

WHY SHOULD WE WORRY ABOUT SPECIES ON THE BRINK OF EXTINCTION?

David Attenborough highlighted in the foreword to “The Economics of Biodiversity”review in February 2021 that “we are totally dependent upon the natural world. It supplies us with
every oxygen-laden breath we take and every mouthful of food we eat…many of its natural systems are now on the verge of breakdown. “This economic review, also known as The Dasgupta Review makes for fascinating but sobering reading. For the first time we can understand the values and prices of many of the services nature provides to us, putting the natural world and world economics firmly on the same page.

Some would argue that it’s a waste of time and not realistic to put a price on nature, but there can be no doubt this is a big wake up call. The life-giving income from ‘ecosystem services’, such as reducing carbon dioxide in the atmosphere, supplying fresh water, preventing floods, protecting our crops from pests and pollinating them, recycling nutrients, essential to agriculture and forestry, an unending list, according to Elrich & Elrich in 1981.

The Dasgupta review states “human economy is a wholly owned subsidiary of the economy of nature”, natural capital is the steady flow of income without which we can’t survive.

HOW DEPENDENT ARE WE ON NATURE AND WILD SPECIES?

Many of the products we enjoy from coffee to wine and everything in between are dependent on plant and insect biodiversity. From the Dasgupta Review, a study of coffee
farms in Brazil found that farms nearest to forest had a 14.6% increase in production related to pollination benefits and in South Africa, it was found that mango yields were enhanced by the addition of patches of wild native flowers in agricultural fields. One-third of the human diet in tropical countries is derived from insect-pollinated plants, which means a decline in forest-dwelling insects has an adverse effect on human nutrition. A study on pollination in Costa Rica discovered that forest-based pollinators increase the annual yield in coffee plantations within 1km from the forest edge by as much as
20%. Similar figures have yet to be replicated in Europe and Ireland but my guess is they would be comparable.

Some available figures place a value of US$41 million on blueberry pollination services in the USA, £36.7 million for apples in the UK and €3.9 million for oilseed rape in Ireland. This is how much it would cost us to send in people to do the work of our pollinators. While it might well be possible to replace the work of pollinators with people, pollinators do a much better job, animal pollination was found to improve the shelf life of soft fruits and even their nutritional content (naturalscience.tcd.ie/pollinator/conserve.php).

Farming and transporting bees around already happens in the USA, where 50% of all beehives are transported to California each year to help pollinate the almond orchards. Beehives are loaded onto pallets and transported 1,000s of miles across the country on trucks. These activities seem crazy and should be unnecessary, activities which we don’t want or need in Ireland. 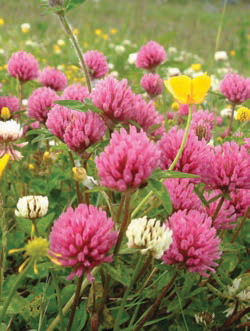 SO WHAT CAN WE DO?

Everyone is keen to do something to help our bees and pollinators in Ireland and with very good reason. We have heard the grim statistic that one third of our bees are threatened
with extinction. These and other pollinating insects such as hoverflies, butterflies and moths are in dire straits; we can see evidence for this as we drive with clear windscreens, not a dead insect body in sight.

Luckily in Ireland, there are two scientists on the case; Dr Úna Fitzpatrick (National Biodiversity Data Centre) and Professor Jane Stout (Botany Department, Trinity College Dublin), who have highlighted in their All Ireland Pollinator Plans that our bees are hungry and in need of homes. In their document the All-Ireland Pollinator Plan (AIPP) they review every sector, from farmers to local authorities, to schools, gardeners and businesses, and they advocate for an Ireland where pollinators can survive and thrive. Excellent resources are available on their website and an updated version of the plan has been developed
for 2021-2025. Possible actions in each sector are available on the website at pollinators.ie.

There have been many misguided attempts in Ireland to help pollinators. People want to sow wildflowers for the bees, looking to packets of wildflowers and the easier option of wildflower turf but in these packets and turf grass are a ‘mishmash’ of species from everywhere. These mixes are totally fine in garden situations but putting these in the wider landscape threatens our native biodiversity. I have seen instances where Irish wildflowers have been removed in favour of exotic species. Dare I mention the dreaded imports of ash dieback and blackgrass; this is what we risk when we import untested and exotic versions of our own native species, and species we have never grown before into a landscape setting. Farmers have been encouraged to keep areas with wildflowers around their field verges but many of the seed sources are not Irish. Seed mixes of native wildflowers should be grown in Ireland to ensure enough supply of genuine native Irish wildflower seed.

AMENITY SECTOR AND NATIVE AND NON-NATIVE PLANTS FOR POLLINATORS

Bord Bia figures published in March show Irish consumers spent 1.2 billion on their gardens last year, up 50% on 2018. County Councils, Local Authorities and commercial landscaping projects spent an estimated value of €250 Million in 2019. Demand for nature friendly products and pollinator friendly plants is very high according to industry sources. Royal Horticultural Society (RHS) led research into whether native or non-native plants best support pollinating insects such as as bees, butterflies and hoverflies found that choosing
plants from native and local sources result in abundant flowers which can cover all seasons. Seasonality was also highlighted by the AIPP, as the crucial times of the year for bees are
early spring and late autumn. It was estimated that in early spring, one bumblebee queen needs to feed on 6000 flowers a day, to have enough energy to raise her young, so having
nectar and pollen rich plants that flower in March and April is critical. There are suggested species lists of suitable plants available from the RHS at https://www.rhs.org.uk/science/pdf/conservation-and-biodiversity/wildlife/plants-for-pollinators-garden-plants.pdf and at https://pollinators.ie/gardens.

More investigation is needed in Ireland, Irish bees are tough, battling our Atlantic wet and windy climate. Our local and native species have not been cultivated at a commercial scale. An issue with our usual summer garden plantings, highlighted in The Irish Times a few years ago, is that most of our traditional summer bedding plants like Geraniums, Begonias, Busy Lizzy, and Petunias have virtually no pollen and nectar and are of little value to pollinators. Labelling and identifying plants as “pollinator friendly” has been a boon to industry in the UK with the “RHS Perfect for pollinators” raising the profile of species to consumers as proven nectar and pollen resources for pollinators.

Irish people north and south of the border are enthusiastic supporters of the All Ireland Pollinator Plan. The horticulture industry here has just begun to tap into the “buzz” but lots
more thought, information and research is needed to ensure that “value” is added to both sides of the equation, that is value to the hard working horticulture industry and to our
native pollinators and biodiversity sector also working hard to ensure we all survive. Let’s get Grandad Dave off our case and build a sustainable and biodiverse world for our grandkids. ✽ 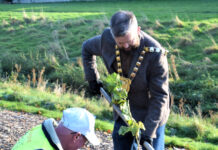 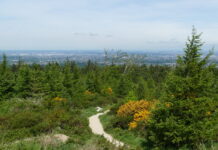 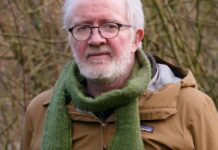