Independent consultant and Horticulture Industry Forum Coordinator, Stiofán Nutty, diagnoses some serious horticultural health problems and how the Forum is tackling them

The Horticulture Industry Forum (HIF) has continued to make progress, particularly in the areas identified in its Action Plan. The below-cost selling of fresh produce continues to be a major issue for the Forum. During the extended period taken to form the new government, the HIF compiled a ‘Health Check’ report on the horticulture industry. The report outlines the major impact that below-cost selling is having on producers, threatening their viability and so posing a real danger to Ireland’s food security. Other EU countries are tackling below-cost selling and the report suggests measures that can be taken by the new Irish government to help alleviate this critical issue. ‘Health Check’ also outlines the significant economic potential of the horticulture industry in Ireland. The report notes the jobs and major export possibilities which could be delivered by the industry, given fair trading conditions. In addition, the report outlines how Irish grown fresh fruit and vegetables can improve public health and play a central role in the fight against obesity.

HIF, led by Chairman Brian O’Reilly, has met with the new Minister of Horticulture Andrew Doyle TD and the agriculture spokespersons of the major opposition parties to provide them with an advance briefing on the report before it is publicly circulated in the coming weeks. “Given the new political reality in the 32nd Dáil, it is imperative that HIF briefs all the main political players on the potential of this industry,” states Brian O’Reilly. The great potential of this industry to provide more rural jobs, increase exports and play a central role in the fight against obesity can only be unlocked if the growers still in production can secure a fair price for their produce that provides them with an adequate living and a capacity to re-invest in their businesses.”

The HIF has also begun to engage with policymakers in the retail market to explore how the trading relationships between growers and retailers can be improved on a collaborative basis and made more sustainable in the coming years.

HIF is also building its PR capacity and a new website for the Forum www.hif.ie is currently under construction. The HIF intends to use this resource to help disseminate salient information on the horticulture industry, which would be of interest to growers, government, state agencies, retailers and the public. The website will also act as a focal point for promotional campaigns in the future. As HIF builds its PR capacity it plans to reach out and connect with more of the growers in the sectors represented on the Forum. In addition, HIF hopes to open dialogue with all other sectors in the wider horticulture industry to explore greater collaboration in advancing the fortunes of all. ✽ 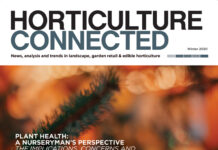 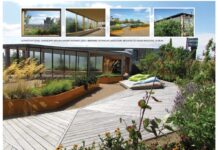 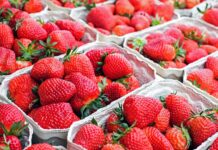 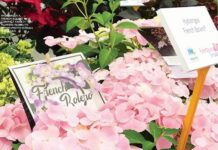 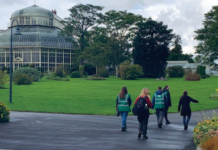