The Department of Agriculture, Food & the Marine supported by Bord Bia has recently completed a census of the field vegetable sector. The census uses 2014 as the benchmark reporting year. The field vegetable census highlights ongoing consolidation in terms of grower numbers and increasing concentration of production in Leinster. The total area of crops grown across the periods of previous censuses has not changed significantly. However, the total production area in 2014 has reduced slightly to 4,267 hectares. This is slightly down on the 2008 figure but unchanged from the 2005 figure. There are 165 field vegetable growers which is a 22% decline since the 2008 census and continues the trend of declining grower numbers seen in previous censuses with a corresponding growth in the scale and output from existing growing units. The field vegetable sector provides 1,106 full time equivalent jobs. This is a 21% increase since the last census. Field vegetable production is concentrated in Leinster. County Dublin has by far the highest production area with 1,847 hectares, followed by Meath (579 hectares) and Wexford (347 hectares). Counties in Leinster account for 87% of overall national production area (up from 83% in 2008).

FIELD VEGETABLE PRODUCTION BY HOLDING SIZE 2002-2014
Large scale producers represent a significant, and growing, proportion of the total production area. The largest 50 growers (in terms of area) accounted for 84% of the total field vegetable production area in 2014, up from 74% in 2008.

FIELD VEGETABLE CROP PRODUCTION
Carrots are the most important field vegetable in terms of production area and farmgate value. There are 716 hectares of carrots grown (a 5% increase since 2008) with a farmgate value of €15.4 million. Cabbage is the second most important crop but its production has fallen. There are 681 hectares of cabbage grown with a farmgate value of €11.3 million. Among the other main crops, broccoli, swedes and parsnips all show increases in farmgate value. The production area of these crops was 558, 480 and 377 hectares respectively. MARKET OUTLETS Across the top eight crops by farmgate value, 60% of output is sold directly to the main retail multiples and 21% is sold to wholesalers. Sales at farm shops and farmers’ markets account for 7%, with a further 7% going to the prepared vegetable sector. ✽ 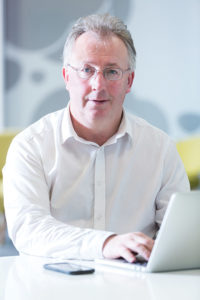 LORCAN BOURKE is business analyst with Bord Bia. If you have any questions or comments on the content of this feature you can contact him at

This website uses cookies to improve your experience while you navigate through the website. Out of these, the cookies that are categorized as necessary are stored on your browser as they are essential for the working of basic functionalities of the website. We also use third-party cookies that help us analyze and understand how you use this website. These cookies will be stored in your browser only with your consent. You also have the option to opt-out of these cookies. But opting out of some of these cookies may affect your browsing experience.
Necessary Always Enabled
Necessary cookies are absolutely essential for the website to function properly. This category only includes cookies that ensures basic functionalities and security features of the website. These cookies do not store any personal information.
Non-necessary
Any cookies that may not be particularly necessary for the website to function and is used specifically to collect user personal data via analytics, ads, other embedded contents are termed as non-necessary cookies. It is mandatory to procure user consent prior to running these cookies on your website.
SAVE & ACCEPT